We had a great time at our art gallery reception last week and time has flown by so fast, I forgot to do my weekly post!  I am still working on getting the pictures downloaded and posted to my blog, and I will share them soon.  Since I don’t have any new art this week, I thought I would share a funny story that happened to me a few weeks ago while I was putting away all my art and supplies after exhibiting in a Saturday art walk…

I was pretty tired when I returned home, so I waited until Sunday morning to unpack my van.

I left one of the french doors open (as I often do when I am painting) while I was loading everything back into my studio that is in our back garden.  About half way through unloading,  I walked into the studio with an arm-load full and found a little bird had flown in and was flying in circles around my studio.

I immediately dropped everything and started frantically running around the studio opening the windows and popping out the screens as I was so worried he would fly into a window or screen and hurt himself.  I tried everything to help him find the door!  I quickly opened the other french door so he would have a large open area to fly out, but he seemed to have forgetten how he came in.  I tried shooing him, going outside and calling him (Like he was going to come to me like a dog! HA!.)  I pointed at the door a hundred times, but he just didn’t seem to listen!  I am sure he was as panicked as I was and I was so afraid he was going to hurt himself before I could help him get outside.  I even had to duck a couple of times as he flew straight at me. (Could be my bright red hair was an attraction?)  He was so clever, I got him to land on the end of my ruler, my hand, a paintbrush, the end of a broom, but then he would fly back into the studio every time I got close to an open door or window.

After about thirty LONG minutes,  he decided to hide between a blanket that was draped over a chair and we both calmed down a bit.  After I caught my breath, I gently scooped him into the bottom of my shirt and headed towards the open french doors.  When I got close to the door, he flew off and landed on the door frame and then hopped out onto the porch.  A second later, he turned his head to look at me (I swear he raised his eyebrow) and then flew off into our lemon tree.  I watched him for a few minutes to make sure he was OK, he seemed to be fine, and then he flew off to the telephone wire to hang out with his buddies.

OK… I am laughing about it now and thinking how funny I must have looked running around while this little bird was flying around the top of my studio.  And I probably made it worse by running around to open all the doors and windows.  I am not sure what kind of bird it was. (Where were all my bird watching friends when I needed them!)  But I think it was a wren.  Possibly a house wren?  Because he flew into my “house”? 🙂

Have a wonderful,  creative day! 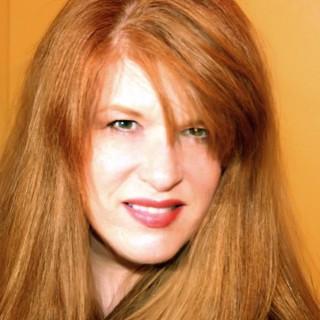 I am a visual artist and I love art and anything creative! I was a portrait artist for 25 years, working mostly by commission. In 2011, I switched gears to spend more time in the studio painting and exploring what inspires me.